Why do we baptize babies? 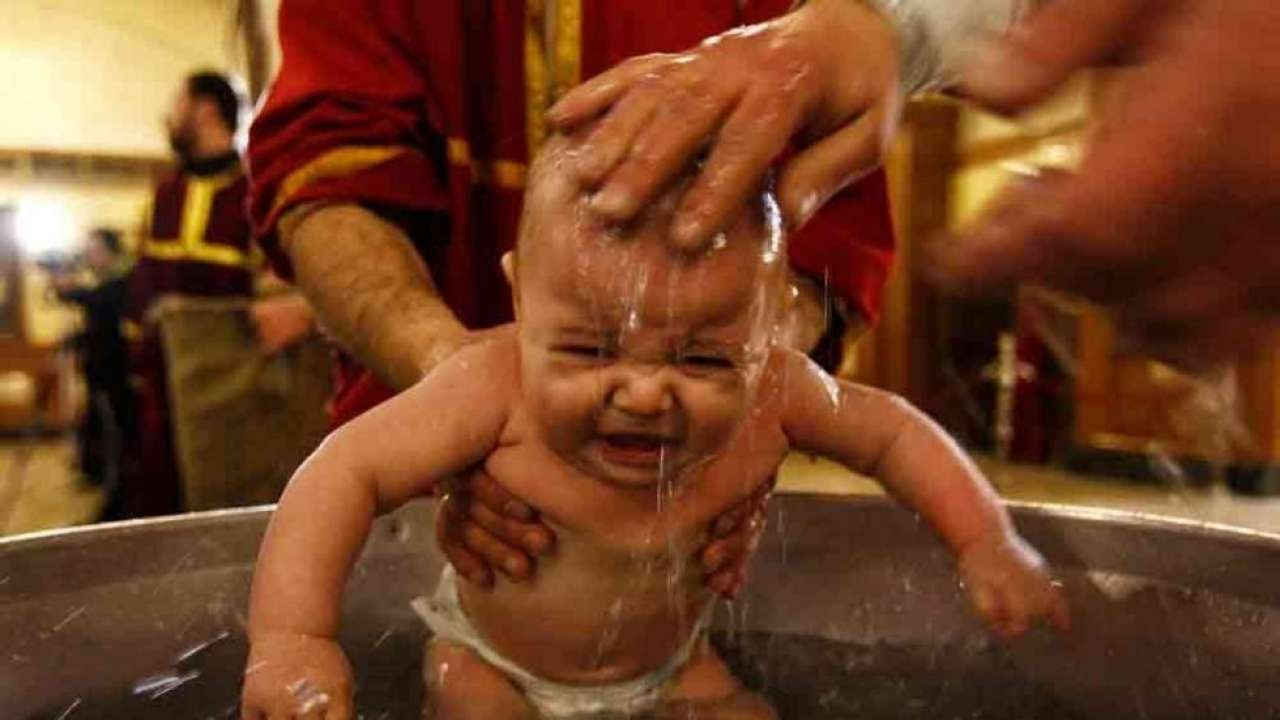 Questions of how (immerse, spring, pour, which will not be address in this article), and when (infants, or just adults) we baptize is something that a lot of good, godly and wise Christians have disagreed on. At Epiphany God brings people of all kinds of religious background and no religious background as we learn together what it means to be a follower of Jesus. Some Christians, are called Baptists, but many others aren’t called Baptists practice what is know as ‘credo-baptism.’ Meaning that they only baptize adults who can make a clear profession of the faith. I love Baptists, have been taught and mentored by those with that Baptist perspective and even married one when I was twenty-one.  But at our Church we practice what is called paedo-baptism and I want to briefly explain to you why.

First because when you witness it at Church I want you to understand what we are doing, and what we are not doing. Of course I also want to really encourage you to consider having your babies and very young children baptized too, especially if you are connected to our Church.

Baptism is the sign of the new covenant, unlike circumcision (the sign of the old) it is a bloodless covenant for us because Jesus has truly fulfilled the sacrifice. (Collisions 2:8-15) As Christians from the reformed family of Churches, we see a lot more continuity than discontinuity between the Old and New Testament then Baptists generally do. Below is a chart that popped up on the internet that shows you some more of these similarities.

In the Old Testament circumcision was for men only, and for Jews mainly, baptism breaks the door wide open to women, and to the nations. Those who are eligible to receive this blessing and sign end up being the whole world. Why would it be cut off from our own children, especially when you see how tied it is to circumcision which was normally administered to babies when they were 8 days old, except on cases when gentiles converted as adults? What if those with severe learning disabilities, autism, or mutism grow up under the gospel, in your home that loves the Lord?

Baptism isn’t primarily a celebration of your experience and articulation of faith but a sign of being initiated as a disciple and a seal of the promises of God. It is centered on your inclusion into the household of faith, with the name of God the Father, Son & Holy Ghost forever placed on you through outward cleaning. This is why we don’t usually have private baptism services, but celebrate baptisms in our Sunday gatherings, with God’s people present to rejoice with you. Infant baptism isn’t just a checklist, something good for you to do for your kids, but a sincere commitment to raise a child with in the faith and a community of faith.

There is an individualism in credobaptism that would be foreign to the NT and the first fifteen centuries of the Church. It makes perfect sense for us as modern people, deeply influenced by this individualism to think it’s a good idea to have our kids grow up and choose for Christ for themselves, and then be baptized. But for the ancients, the mentality would be of course your kids are a part of the church, they don’t choose their own religion as adults. Now baptism alone isn’t going to magically save someone, it must be combined with personal faith.

The same is true however for adults who get baptized after a profession of faith and then wander from the faith after being baptized. The outward sign becomes an inward reality when combined with true saving faith. In fact, as we see with the thief on the cross, there are extraordinary times when a man or woman are not able to be baptized before they die, but all that is required is true faith in the Son of God for their salvation.

All that being said, there are privileges that come with baptism, you have the name of God, Father, Son and Holy Ghost on you, you are seen as a disciple and a member of His body, something surely children of believers deserve and are biblically promised. They are set apart (1 Corinthians 7) because they enjoy the privilege of regular access and exposure to God’s word. This is affirmed by the baptisms of whole households in the NT. (1) Cornelius (Acts 10); (2) Lydia (Acts 16); (3) Philippian jailer (Acts 16); (4) Crispus (Acts 18); (5) Stephanus (I Corinthians 1). Baptizing two or even three generations is one of the greatest joys I have had in ministry. This is increasingly what it looks like to do truly pioneering ministry in a cultural context that is more than two or three generations unchurched.

Many Baptists fill this desire for some recognition of their children to be more than little pagans till they decide of age to follow God with the extra-biblical practice of baby dedications. Not all Baptists do this, and it’s a relatively recent practice however it may help to describe infant baptism in essence as an historically rooted, biblical wet dedication.

The bigger divide isn’t really about time or mode of baptism but the nature of the church, in the radical reformation, the Anabaptist sought to eliminate the distinction between the visible and invisible church. Credo and Paedo positions have different understandings of Church. Which also goes in hand in hand with a different understanding of end times. For the pedobaptist the church is the true Israel (Romans 4:1-16) and at the end of time, there will be wheat growing up with tares, true crop mixed with weeds.

However, most credo Baptist see Israel as separate with a separate destiny and look to create a church that is “pure.” This is why there is this emphasis on an experience and evidence of conversion before baptism.

But there will be those who receive the outward blessings of being a part of the Church without the inward reality. Ultimately the great shepherd knows the sheep and can spot the goats, just as the true sheep the voice of their Shepherd. We all must examine ourselves, no matter what our Church status is to see if we are really in a living, saving relationship with the Lord.

One of the most powerful reasons for me, is the order contained in the great commission, which starts with “baptizing” and then instructs them to “teach them everything I have command.” There is no instruction period or test in any NT account before baptism, they wanted Jesus, they & their families get wet, then they learn to follow!

Are our children not disciples? Are they not children of the promise of God? When Peter stood up and said “be baptized, you and your children” would small children, babies be excluded? (Acts 2) It’s only because of our modern eyes and ears we think maybe because we want to say “they have to make a choice” but historically, in the Old Testament and in the New it was not a choice to make to be among God’s people, but a legacy to personally receive, a way of life they received, a legacy to inherit, and ultimately to leave if they no longer have faith.

So we believe our children are sanctified growing up under the word (1 Corinthians 7, John 15:3) That our children are disciples, that one of the main ways we can be spiritually fruitful and multiply, is to literally multiply, have a few babies and just be solid Christian parents.

In terms of pastoral flexibility, in general pedobaptists have been flexible historically. If you have a credo conviction in a reformed baby baptizing church, you can be a full member and most pastors would then baptize those adolescents when they can articulate their faith. This is also true at Epiphany; we realize that we have worshipers in our midst that feel that baptizing their babies is against their conscience.

Credo Baptist churches on the other hand, generally require full immersion and adult baptism of members. So, you could have a situation where the great historic evangelists John Wesley and George Whitefield aren’t qualified to be members of your typical Baptist church because they were not rebaptized as adults! But on the other hand William Carey the Father of world missions, and a Baptist by conviction, would be able to be a member of any reformed, pedobaptist church.

Now you may have further questions about baptism, or perhaps you are ready for baptism yourself or for your children, please reach out to me I would love to talk to you!

It takes a Church to Baptize by Scott McKnight.

Infant Baptism: How My Mind Has Changed by Dennis E. Johnson