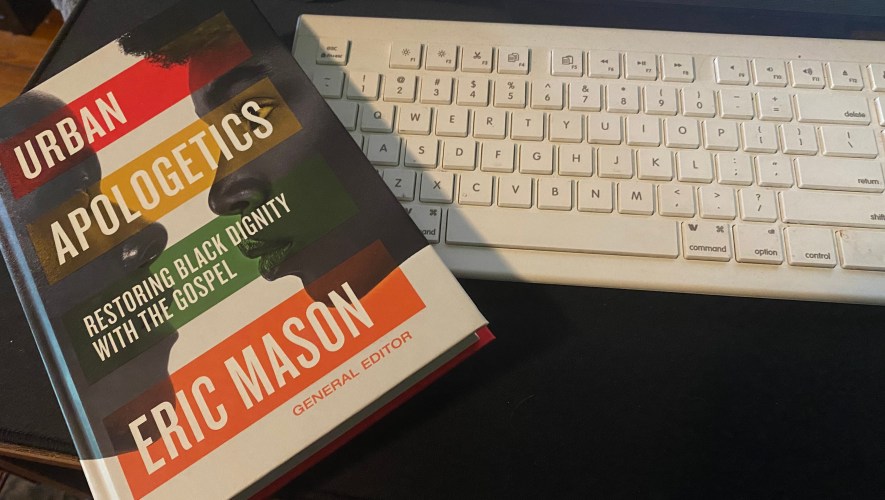 “But in your hearts regard Christ the Lord as holy, ready at any time to give a defense to anyone who asks you for a reason for the hope that is in you.” 1 Peter 3:15

Apologetics is the name we give to this reasoned ‘defense of the faith.” I know that for many people their faith is an entirely relational, and emotional matter. The older I get the more sympathetic I get with this, it’s a big part of who we are, it’s where Peter starts, with our hearts, however, when I was 16 asking a lot of deep intellectual and identity oriented questions, I praise God I had a place to address those issues. I was drawn in several directions, that didn’t even necessarily fit each other logically. Druidism (neopaganism), atheism, and nihilism. I am so grateful for the second half of Peter’s sentence… “give a defense to anyone who asks you for a reason for the hope that is in you.” God placed me in a Church that carefully addressed the issues I had, and didn’t dismiss them.

When I had hard questions to ask, like could the stories of the Old Testament be real, or even they are true, are they even good (We are going to preach through Genesis next and will be addressing those issues), who put the bible together, how could I trust it, how can we know there is a God, I had access to endless resources to examine each on of these things, thoughtfully. I am so glad I didn’t get a response of “you just gotta believe, or when you know you know…”

“Urban Apologetics” makes a huge step forward providing that gentle, careful, thoughtful response for the hope we have in Christ, where it has been needed in urban and black communities. I think of kids like me, but growing up in those communities, with honest questions, doubts and struggles, and the need for worth but having society acting like maybe they don’t have much worth, this book is so important!

This book is divided into three parts with contributions from many authors who have had a huge influence on my life and ministry. Part Three: Tools for Urban Apologist, will challenge, inspire and equip you to be faithful in sharing your life and faith, being deeply grounded in the truth yet informed of your culture, no matter what context you serve in. This section will help you in the burbs, out in the country, on the mission field overseas, wherever. Part One: The Context for Urban Apologist, ought to be required reading for every pastor in America because we live in a racially divided nation, and the Church has played a huge role in stoking the fires of that division. Now is best the time to take time to understand a context that may be different than yours. As I read this I could think of many conversations I have had, many uninformed and stupid things I said and processed with black Pastors and black brothers and sisters, and many lessons I have learned and continue to learn over the years. The biggest takeaway I can share in this review is just that we got to get over this idea that the way of viewing things with white eyes is the best way to view them. We easily identify there is a black perspective and then get all in our feelings when someone points out that there is a white perspective. Part 2: Religious and Ethnic Identity Groups, get’s us into the weeds of the various communities and belief structures that primarily spread in black communities (from Nation of Islam to Hebrew Israelites and more). If God has given you the privilege of pastoring and discipling black families this section is going to help you have the tools you need to walk alongside a family who sees an uncle, or a son, or a daughter wander, it will help you have answers and also empathy for what they might be seeking in these identity movements.

The final thing I want to note is that this book is simultaneously making a huge step forward in an area of apologetics that has been neglected as it addresses issues from a context that has often been ignored in seminary and even in grassroots church discipleship, it is also ahead of the curve in many ways for apologetics in general. We need more apologetic resources that honestly address the issues of ‘identity’ and ‘dignity’. I have seen a huge movement of people chase after various forms of neo-paganism from blue-collar and struggling white communities for many of the reasons found in this book. There is a need to almost give the finger to the establishment that has failed them, and find purpose, dignity and power somewhere. That establishment is so often seen in the form of the Christian Church. The way white identity groups, and neo-paganism spreads in prison and our community needs to get on the radar of pastors, and evangelists. We need to recognize where we have failed our communities, turn to the Lord, and give our people a true foundation of dignity not in racial supremacy, nor in just embracing shame, but in the cross of Christ which breaks down every wall of hostility.

Apologetics can’t be left to be a relevant tool only to campus ministry, and a certain ‘type’ examining their faith philosophically. We need on that ground, in the neighborhood, persuasive, grounded, reasoned ‘answer for the hope that is within us, in all our communities.