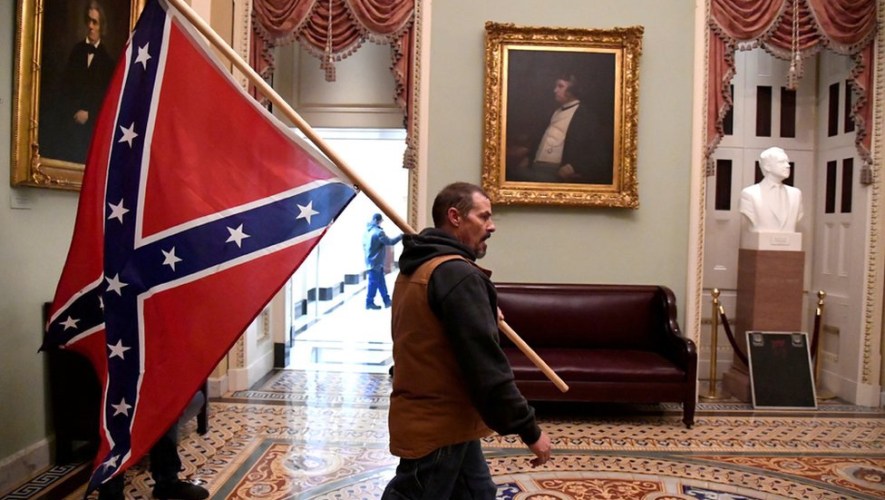 A brother of mine recently shared that, “The gatherings under steeples this Sunday will be infinitely more powerful than the gatherings of politicians and protestors this week.” I believe this deeply. As an American, and a Christian, I respect the constitution, but believe God’s word will outlast the constitution, and that the Kingdom of God existed before America, and will exist after. Epiphany Church is not here to bind your conscience. Epiphany Church leaders will never stoop down from the pulpit to dictate to you all of our political opinions. I am so grateful for our church, how it reflects the community and isn’t just a cliche of one kind of people who think, look, and vote exactly the same. I think this diversity makes our Church better, and I believe it makes our nation better. Even as a leadership team we do not think the same about politics. However, we are not here to ignore obvious injustice.

The attempt to intimidate, desecrate and take over the Capitol building yesterday was wicked, and is the culmination of years of evil. Last night I recalled on a FB live prayer back how back in 2016 many were screaming #NotMyPresident. The political back and forth has been growing for years. Not long ago my father in the ministry, that is someone who mentored and raised me up to be ordained, had the privilege to testify before the senate judiciary committee on police reform. It was a joke, it was a circus, there was nothing but hatred on display in his experience. The entire hearing was for nothing because there was another police bill being announced exactly at the same time as the hearing. This was just another day of political chess in Washington DC. The party in power was and is fractured, as our nation is. For a long time, we’ve been hearing that Trump’s words mattered less than his actions. That his character was disconnected from his leadership. I recall when I was a new Christian and President Clinton was impeached. I heard again and again in Church that absolute truth itself was on the line. I believe it was then, and I believe it is now. We DON’T get to choose when truth matter’s depending on our politics. Truth matters, no matter what your party, no matter what your politics. Our president was wrong to encourage this rally, to encourage them to show strength, and continue to repeat unfounded claims that he won the election by a landslide, and yet not increase security on the capital. To gain everything politically and lose your soul, is to lose everything.

I call on our Church to pray for healing, for forgiveness, and for clarity in the days and months to come. I also call on you to not set aside your anger as you look at the many things that are broken in our country, but to head the word of God which says “Be angry and do not sin. Don’t let the sun go down on your anger” Ephesians 4:26. Let’s pray for healing in our land, let’s pray that our disagreements can once again be sorted out in lively and civil debate, through voting, and through peaceful means. Let’s pray that our nation can heal from the things we all witnessed yesterday, and that as a Church we can love each other, even when we sharply disagree.